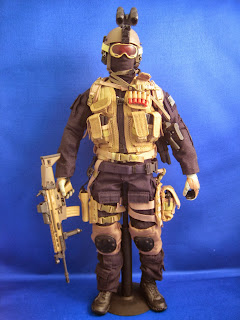 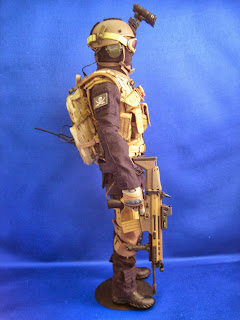 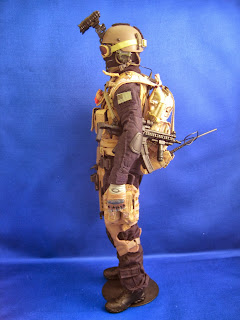 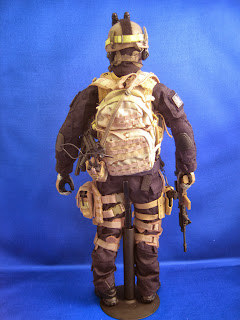 The Shadow Company is an enemy faction encountered at the end of Call of Duty: Modern Warfare 2 in the last four levels. Soldiers of this unit are distinguished by their black uniforms with both US Flag - and spade patch, black balaclavas, as well as tactical goggles or Night Vision Goggles worn over their skateboard-style helmets.

The Shadow Company appears to be either a US black ops unit or possibly even a Private Military Company (PMC) operating directly under the command of General Shepherd, serving as his personal security detail and operations force that carry out his orders without question. Shepherd however, holds no regard for their lives and considers them all expendable, even calling for an artillery bombardment directly upon their location in attempt to kill Soap and Price during Just Like Old Times.
Posted by MyLove4Toys at 6:41 AM